Lose weight by using 8 amazing
ingredients together in one pill!

It is well known today that these weight loss ingredients by themselves have helped a lot of people lose weight. We are upping the ante by create a weight loss product that combines all eight! We call our product Caralluma Platinum.

As it is quite well-known the benefits of Forskolin, Garcinia Cambogia, White Kidney Beans, Green Tea Extract, Green Coffee Beans, African Mango Extract and Raspberry Ketone as these product have established their effectiveness in helping millions of people lose weight and keep it off. Most of these ingredients were validated by a “”well-known tv doctor”” on their benefits in weight loss.

But Caralluma Fimbriata is not as of yet well-known on it’s benefits in helping people lose that stubborn weight and inches off of their midsection.

Caralluma Platinum with caralluma fimbriata is safe and has been shown in clinical studies to significantly suppress appetite, reduce waist circumference and increase weight loss. The most famous clinical study was conducted by the Western Geriatric Research Institute. Results revealed that on average, the participants lost 7.5 pounds and 2 inches off of their waist and a significant reduction in appetite.

How Does Caralluma Platinum with Caralluma Fimbriata Work? 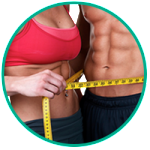 Caralluma Fimbriata blocks the activity of specific enzymes that are needed for storing fat. These enzymes called Citrate Lyase and Malonyl Coenzyme are necessary for your body to build up fat stores.

Caralluma Fimbriata has the ability to block a number of these enzymes and reduce the amount of fat stored by the body thus helping people decrease fat reserves. Caralluma Fimbriata is also believed to have an effect on the appetite control area of the brain (hypothalamus) helping to reduce hunger and cravings.

How Exactly Does It Work?

Here’s how that works: Your body uses glucose (sugar) to create a high-energy molecule known as adenosine tri-phosphate (ATP), which is what gives you energy. When your body creates too much energy, the excess is stored as fat.

When you burn off the fat, the ATP (energy) is released from the cells, helping you feel more active and alert. Additionally, when this extra energy becomes available in your body, it triggers your muscles to burn energy faster.

The result? Your fat shrinks and your muscles gain strength.

On the fat front, Caralluma fimbriata contains pregnane glycosides, a phytochemical that blocks the enzyme citrate lyase. When this enzyme’s activity is stopped, your body can not produce fat.

It also appears that Caralluma fimbriata’s ability to promote lean muscle mass is actually connected to its fat-burning benefits. Thanks to pregnane glycosides, Caralluma fimbriata not only blocks fat production but, as stated above, it also helps to burn fat. When you are hungry, your hypothalamus sends your brain a message that you need to eat.

Once you do eat and your belly is full, the hypothalamus then tells your brain you’ve had enough and to stop eating.

Caralluma fimbriata also blocks Malonyl Coenzyme A, another enzyme involved in fat production. By impeding the activity of both of these enzymes, Caralluma fimbriata forces your body to start burning its own fat reserves, thereby promoting fat loss.

Unlike most “wonder” drugs for weight loss, which really translate into “I wonder if it really works,” Caralluma Platinum with Caralluma fimbriata addresses three key underlying issues related to weight gain: an inability to burn fat, constant hunger, and poor muscle tone.

Or, better stated, you lose the fat and gain the muscle. That’s why people taking Caralluma Platinum with Caralluma fimbriata show a decreased waist circumference and an increase of muscle tone within a month or two.

What does all this mean? That Caralluma Platinum with Caralluma fimbriata helps you drop pounds, build muscle, burn fat, and increase energy. 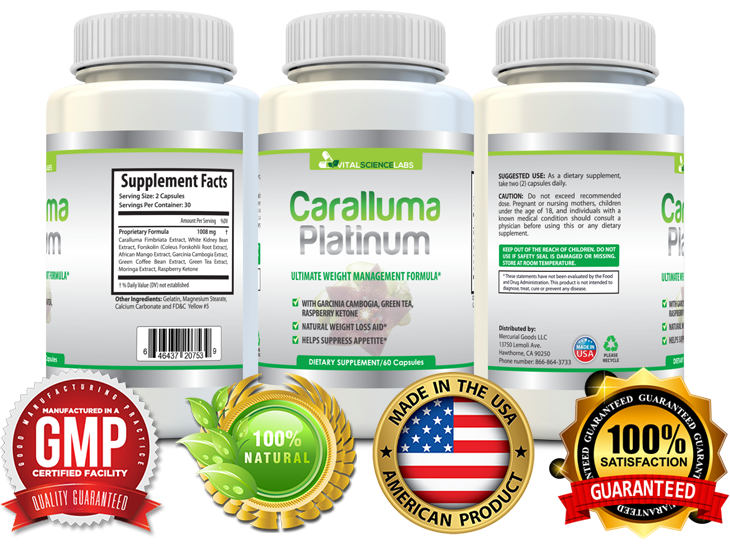 This product is not for use by or sale to persons under the age of 18. This product should be used only as directed on the label. It should not be used if you are pregnant or nursing. Consult with a physician before use if you have a serious medical condition or use prescription medications. A Doctor’s advice should be sought before using this and any supplemental dietary product. All trademarks and copyrights are the property of their respective owners and are not affiliated with nor do they endorse Pure Garcinia Cambogia. These statements have not been evaluated by the FDA. This product is not intended to diagnose, treat, cure or prevent any disease. Individual weight loss results will vary. Individual weight loss results will vary.. By using this site you agree to follow the Privacy Policy and all Terms & Conditions printed on this site. Void Where Prohibited By Law. Sale Slash is not affiliated with Dr. Mehmet Oz, ZoCo Productions LLC or to ZoCo 1 LLC. ZoCo 1 LLC is the owner of the following trademarks: DR. OZ™, ASK DR. OZ™ and THE DOCTOR OZ SHOW ™